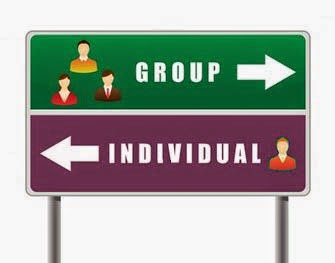 This post is a follow-up from a previous through experiment applying education as an adaptive group theory to charter schools.

Operationalization of these orientations is not straightforward.  Fortunately, I've ported ontological assumptions from multi-level selection theory, a productive and increasingly mature study area.  This means that adaptive group emergence is ontologically* based on fitness covariance: a group level only exists when fitness is not adequately explained at a lower (individual) level.  This yields a bottom-up social theory.  Ed-as-an-adaptive group focusses on the small-group-large-group interface.

However, in practice many social constructs are not present long enough to produce valid fitness measures.  This means social researches can:

Option 3 is several steps removed from hard fitness measures.  Error propagation is disconcertingly significant.  I tend to apply option 2, limiting my study to adaptive groups with a strong to moderately strong moral mission.  I've found this filters out a lot of noise.  Plus, the religious like dynamics associated with strong moral missions correlate (qualitatively right now) extremely well with the presence of an adaptive group. It also enables study of social structures which, while not stable (i.e. many generations), are moderately so (say on the order of decades).  Institutionalized education in North America fits this time range (~180y**) as do many instantiations of specific charter school practices (~10y+).

*Note: Technical debates exist on whether group levels are ontologically significant in the greater than equal to case (>), or only in the greater than case (>).  Multi-level selection theory (MLS2) takes the greater equal case(via strong altruism).  Selfish gene theories take the greater than case (via weak altruism).  Although Okasha has specified boundary conditions for this dicothemy, in practice, parsimony's significance is at least the great as computational precision.  This is because measurement fuzziness challenges precision's exclusivity.  While it's easy to get bogged down in technicalities, the main take-away is that fitness differences are the ultimate arbiter of what constitutes an adaptive group.

**Note: 180y or about 5-9 generations is probably pushing the limit for fitness measures.  10y is not enough time to even produce 1 generation.  Therefore hard fitness measures are not possible in this time range.  However group commitment on 10y spans do imply a fair bit of stability toward a specific group rather than just a series of similar classes of ephemeral groups.

Following the outlined methodology, an actor's large-group orientation is characterized by their engagement in group directed actions that have individual fitness costs (probabilistically).  In an adaptive group, on average, large-group provided fitness bumps offset individual commitment costs.  Give-and-take means that within a group some people get taken for a ride (losing fitness), many people come out even or a bit ahead, and some people get a big bump***.  Once too many people get taken for a ride, the group loses its adaptive function (via lowering the mean fitness bump provided by the group, so mean costs exceed mean benefits).  Orientations may remain, but are counter-adaptive.  Hence the evolution of sophisticated norm variance detection heuristics and the emergence of otherwise illogical sacred values (for spotting commitment levels and binding groups via costly commitment displays, ritual, and embodiment of moral big brothers).

Freeloaders within an adaptive group are positioned to reap significant windfalls: superficial compliance costs little and you really only suffer a fitness loss if you get caught.  Those who know how to "play" the system are positioned to gain even more.  They can adjust group operation to benefit themselves or other freeloaders.  However, this comes at greater risk of detection and punishment.  It's also why adaptive groups, like religions and cultures and highly resistant to planned reforms****.


***Note:  Obviously these measures are most meaningful on long time scales which span numerous generations.  Give and take occurs both on short terms and long terms.  Fitness measures are always probabilistic.

****Note:  Why we lie is a decent starter on the freeloader topic.  It posits that self-rationalization of norm variance lowers the risk of detection.  If you can convince yourself that your freeloading is actually helpful (or fairly neutral) to the group, then you're more likely to exhibit group compliant signals and less likely to express a cheater's tell.  The net result is cognitive dissonance surrounding group commitment: most people don't want to consciously abuse the group (due to evolutionary selection - group success is good for creating selective pressure for groupishness) but they also don't want to avoid doing what's in their own self-interest (from game theory, the best specific spot is for you to be a cheater and everyone else to be altruists).


While education-as-an-adaptive-group theory, like its parent multi-level selection theory, posits two competing fitness orientations; large-group (competition between groups) & small group (competition within a large-group), as with multi-level selection theory, nesting among groups is permissible.  Thus theory operationalization suggests many types of orientational tensions are possible (even if many are unlikely).  Here's a sample:
Covairance, rather than informed speculation determines whether or not an additional (usually higher) group level is required (or useful) to explain fitness contributions. The complicated social dynamics people engage in mean that many nesting options are ephemeral. The ephemeralness of many nesting options means that associated fitness enhancements are extremely probabilistic (and only start to become meaningful with large n's).

In education, three group levels seem to emerge (although no measurements have yet been taken to verify that these levels are indeed what the fitness co-variance actually produces).  These levels are:
Small group orientation introduces the most source of framing error.  How many sub-sizings and sub-nestings are possible for "small groups"?  As with regression analysis, over-fitting is as much a problem as under-fitting.  Without hard data, limiting things to specific charter schools and charter school systems "feels right" (hence current avoidance of rigid small-group definitions).  This means when we deal with charter schools we get a couple of different possible orientational tensions.
The effect size of each orientational tension obviously requires investigation (fitness based studies in education have a lot of work cut out for them).  From a methodological perspective, narrowing down which orientational tensions are and are not at play is analogous to standard factor analysis studies.  The distinction is that education-as-an-adaptive group theory specifies how these options emerge via first principles rather than from (expertly informed) dogma.

The chosen test study was framed around individual charter schools.  Because of this, analysis from the charter school system perspective is out of scope.  Thus three relevant orientational tensions emerge:
These orientations seem to match common sense: a charter school can either become like a regular school, pool resources with others, go it alone, or get taken-in by a self-serving leader.  The distinction is that these options emerge from first principles.

Because this post is about charter schools' large group orientations, only the first two tensions will be discussed.

INSIGHTS ABOUT THE LARGE-GROUP ORIENTATION

List & Pettit's work on group agents (2014) shows that groups don't need to micro-manage individual orientations.  Group agent autonomy simply requires acquiescence to the group's collective judgment orientation.  Science of religion literature uses the term "moral big brother" instead or collective judgment.  In layman's terms it means respecting the group's central (moral) mission or purpose.  List & Pettit show that biasing effects from the group to the individual are sufficient to eschew the need for acquiescence to group morals on every issue.


INSTITUITIONAL EDUCATION vs. A CHARTER SCHOOL

Institutional Education Dominance
Education-as-an-adaptive group suggests charter school and average actors within them will do a number of unique things when oriented toward a large-group (embodied by institutionalized i.e. public education).


In general a large-group orientation for a charter school is characterized by putting the needs of (public) institutionalized education before the needs of the school's target demographic.  Charter schools in this orientation may certainly have unique and innovative practices, however, these practices are framed as being for the greater good of all students.  This framing happens by rationalizing that public education benefits from a certain degree of niche optimization.  When push comes to shove, the needs of the general population or outsiders entering the charter school are given priority over exclusionary practice optimized for the school's target population.  Academic effects would be due to population self-selection which could be mimicked in the public school setting by gerrymandering boundaries or facilitating socio-economic streaming via scheduling options.

Most of the previous discussion ports over to charter schools which orient toward a charter-school-system. 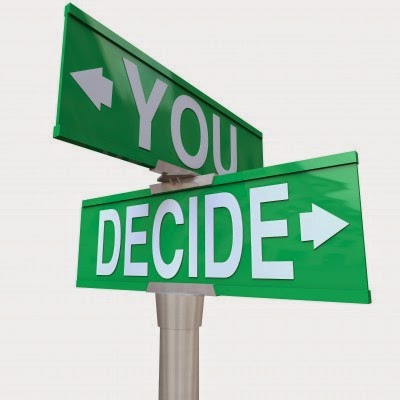 So what would a large-group orientation look like in a charter school?  Chances are you'd mainly see superficial differences with mainstream practice.  You'd probably also see some schools starting to break with public education's mores and traditions.  Practices will start to diverge.  Divergence will accelerate as major norms, like bums-in-seats, percentage grades, externally selected curriculum, and social normalization via the hidden curriculum, etc. are eschewed.  This further filters the population and may draw in other people poorly served via public education but who fit well with the new practices and population.

Divergence may result in a go-it-alone orientation,  connections with other like-minded schools and systems, or reproduction for greater strength and anti-fragility.  In all these events, charter schools either risk confrontation with institutionalized education or they risk norm variation pressure and/or freeloader punishment.

Education-as-an-adaptive-group theory establishes multiple scenarios for Charter school tensions via first principle reasoning.  While common sense reproduces many lines of thought, the value of a theoretical base shouldn't be underestimated.  Testable hypothesis are produced and central issues are illuminated.  Tension is a key component of this theory.  As such, it highlights searches for cognitive dissonance, orientational vacillation and moral rationalization.
Posted by chris goble at 8:37 PM