Why It's Imperative to Treat Social Justice as a Religion 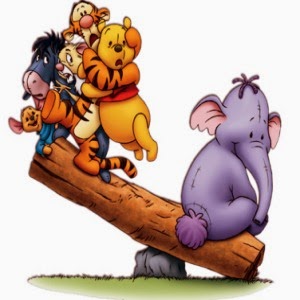 I've talked before about why it is reasonable to consider zealous forms of social justice as a (quasi) religion.  After reading Peter Turchin's excellent book UltraSociety, I think I need to restate the case from a slightly different, more pressing direction.

United States (and perhaps many other Western) societies are fragmenting.  The current US political election attests to this.  Both sides are vehement about the moral value of their candidate: Democrats for cosmopolitanism & rule of order and Trump for nationalism & elite destabilization.  Negative sum attitudes and the "bothering" of fellow citizens (legal & illegal) is certain to continue. No matter who wins the election, the blowback will exasperate rather than dampen the growing dichotomy.

Moral values adhere societies.  Western society has certainly lost a lot of its asabiya. How to get it back?

The big lesson is that pluralism is essential.  Beneke shows, that in America, punctuated periods of pluralism correlate with increased levels of toleration, social progress, and perhaps societal progress.  Certainly pluralism provided an escape valve for balkanizing tensions.  The one time it didn't civil war ensued: federalism with a flat social structures and extreme forms of liberty with retrograde heirachical structures were immiscible.

We're back at that point.

Failing to consider Social Justice as a religion makes the probability of achieving a pluralistic solution less likely.

Cultural selection encountered a stable point for large group cohesion in the expression of Big Gods (moralizing agents who can see people's intentions, care about your intentions and meet out punishment & reward).  Effective rule of law can certainly supplant semi-embodied dieties.  But we still need an ability to see each other as governed by moral principles.  This is the rub.

Social Justice's moral principles are very amorphous.  They don't have the systemic theological quality that universalizing religions do (at least yet).  Things are still congealing.  This is part of the problem.  Rapidly evolving moral values present an existential trust threat.  While this may seem silly, what humanist is going to kill a right-wing survivalist.  Nonetheless, its a (irrational) factor that must be weighted.

Additionally, Social Justice does not consider itself a religion.  Indeed the intersections associated with its roots are very intertwined with the marginalization of formal, empowered, religions.  While this marginalization is very naive (aren't safe spaces very similar to religious spaces, and social justice university very similar to old religious universities), society needs a structure that is going to facilitate social justice's pluralization.  We need a way to allow social justice's to talk about, share, and value their own specific world view, while allowing others to politely disagree without resorting to hate-fact wars, rhetoric and uni-directional dialogue.

The best way to do this is via structures everyone understands.  This is religion.  Religions are allowed to have very vehement beliefs that outsiders might consider loony and dangerous if universalized. For instance, mormons and muslims consider alcohol (and recreational drugs) bad. If forced on all society you'd have all the social problems of the prohibition era.  Yet this within-group belief doesn't threaten others (at least very much).  We need to be able to do the same with Social Justice: see parts of the movement for the good that it does, and see the hyper-sacred aspects for the religious spandrels they are.  But, more than this, we need to have a way to politely say, I support your right to believe and proselytize your values without forcing me to acquiesce my own values and without forcing me into an embittering defence (or offence).

Give people space for their beliefs, and have an easy structural solution for letting them be who they are and letting you be who you are.
Posted by chris goble at 7:47 PM