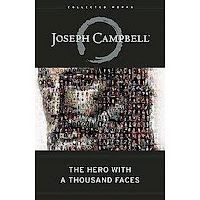 Some approaches try to get at this by extending game theory interactions while holding onto homo-economicus reasoning.  Behavioural economics is one field that does this. Other approaches assume everything is subjective to some degree or another and figure free-hand explorations curtailed by progressive moral guidelines will lead to just neo-marxist ends. Many "studies" departments do this.

Here's a list of how different researcher's I'm familiar with have tackled the question of the adaptiveness of human "irrationality". 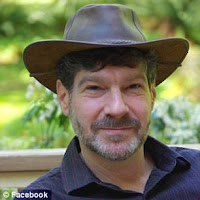 Bret Weinstein raised the achilles heel of hyper-rationalism in a recent interview with Sam Harris.  The issue is whether things like religious belief (which are non-factual) can still be adaptive.  Unfortunately Harris didn't push the debate too much. But that is alright, they covered a lot of ground. I suspect Harris didn't want to get antagonistic in a conversation that was going so well.

My argument is that "metaphorical truth" is an important phenomenon necessary to understand human evolutionary history.

If the hypothesis is correct, 'metaphorical truth' is itself factual, like 'lekking' or 'echolocation'.

Your truck is beside the point (and double parked). https://t.co/0h0Vikzd0y
— Bret Weinstein (@BretWeinstein) December 19, 2017

Bret's reasoning on the adaptiveness of counter-factual religious beliefs was entirely evolutionary. His logic, as far as I can remember it, goes like this:


It is really nice to see Bret taking dynamic evolution into play here.  When combined with his caveat to modernity you escape many of the easy criticisms people have with respect to evolutionary thinking.


I think the main counterpoint to this argument is that one can never guarantee that any idea is in fact adaptive.  Can't maladaptive memes and culturegens persist over time?  Yes. But Bret's argument makes it a case of probabilities.  What is the probability that any meme or culturegen stable over a "long time period" is maladaptive? This is a productive area of discussion.  Nowak's work on virulence seems informative.  Viruses moderate their virulence over time.  The steady state solution for parasitic behaviour exists in tension between high virulence and low longevity vs. low virulence and high longevity. Moderation in both is Nash stable.  Mutation rates also decrease to match moderation. 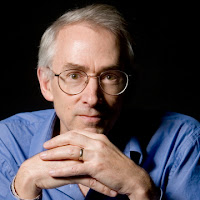 Wilson spent pretty much a whole book expounding his view on how religion is adaptive.  Darwin's Cathedral is an under appreciated work of art.  If the arguments aren't convincing, read Norezayan's Big Gods and then go back to it.

If there is a trade-off between the two forms of realism [factual & practical], such that our beliefs can become more adaptive only by becoming factually less true, then factual realism will be the loser every time. … Factual realists detached from practical reality were not among our ancestors.


For context, here's how he frames the two forms of realism:

As of 2002 he said "Thinking of religious groups as adaptive units comparable to guppies and finches is so new that it is impossible at present to identify the appropriate spatial and temporal scale."  And,

The concept of local adaptation allows religion to be studied from an evolutionary perspective using the same methods employed on nonhuman species, as I discussed in chapter 2.  If the environment changes over time and space, and if religions adapt human groups to their environments, we should be able to predict the properties of religion at a fine spatial and temporal scale as surely as we can predict the properties of upstream and downstream guppies.

Wilson explicitly states that "religions [or any group] adaptiveness must be judged by the behaviours they motivate not by their factual correspondence to reality."  The counterpoint to this is that over time, correspondence to reality is usually more fit than a-factuality.  While this is likely true, it is pragmatics not theory that is the ultimate arbiter of what is fit.

This is where things get messy with hyper-rationalists.  New atheists like Harris take a utopian position here, arguing that our ability to chose enables us to pursue transformative paths that can exceeds the cold hearted calculus of nature (evolution).  Weinstein explicitly mentioned this in his conversation with Harris.  All organisms have the same ultimate goal - spread their genes.  Thus, evolution's goal may not be what we actually want - maximal domination.  Instead what we might want is some balance.  This means a conscious limiting of fundamentally insatiable proclivities.

Thus, I am sensitive to Harris' stance. But, like many others, I smirk at the ironically "religious" utopian aspects he has to make. While they might be rational, they are still dogmatic.  But, ultimately, the question comes down to who do we want to be in control, us or nature?

The real issue then becomes over what time period do we need to "supress" out genetic proclivities to get benefits which outweigh the real human costs a quick change to hyper-rationalism might entail?  After all, most people aren't likely to give up the yoke of pro-social religion for the yoke of pro-social hyper-rationalism without a fight.  Pro-social hype rationalism hasn't yet shown itself a very adept, very friendly hegemon.  Pro-social religion, though messy, is at least a known entity with evolutionary robust mechanisms and norms (like inescapable eternal damnation and Big God arbiters who can't be fooled nor bribed).

along with Durkheim, I predict that most enduring religions survive on the basis of their secular utility…  What will not be observed, or rather seldom observed, are major beliefs that have no function other than to satisfy the human urge to explain, or that actually handicap the believer by motivating dysfunctional behaviors.

a sect or cult doesn’t senesce [decay] as it grows into a church; it adapts to the changing wealth of its members caused by its own success.

Peterson takes a very Jungian approach to his idea of Darwinian Truth.  He views religion as a meta-truth as per a Joseph Campell monomyth.  However, Peterson adds some evolutionary colour to the monomyth.  Here is his logic (as near as I can tell)


The challenge about this view is its unfalsifiability and avoidance of dynamic evolution.  Is the "deep seated enough" inference enough to obviate modernity?  I doubt it.  But I also worry about the "just so" critique sloppy functional evolution is subject to.  How do you tease out that which is "deep seated" from that which is superficial and potentially maladaptive?  I interpret Peterson's likely answer to be that of probabilities.  If you find that the ideas and tensions which are most fundamental to long-lived human moral cultural, you increase the probability that any leaven added to these ideas is less maladaptively significant that any leaven added to modern dogma and hyper-rationality.  In essence, you need connection to deep metahistories to temper the forward-predicting blinders hyper-rationality and modern quasi-secular religion necessarily has.

To be honest, I'm sympathetic to this last critique. Purposeful recreation of secular religion has a bad track record. Marxism is a classic example. I think Animal Farm critiques are apropos here.  It is very hard to re-invent all the human dynamical checks and balances necessary to keep self-interest at bay.  While we get better at social engineering all the time, eons of "arms races" on this front make for a very nuanced and sophisticated space. In fact I suspect our hubris with respect to rational atheistic moral quasi-religion is akin to 19th century biological engineering.  What could possibly go wrong with cane toads?