Education, what religious model are you? 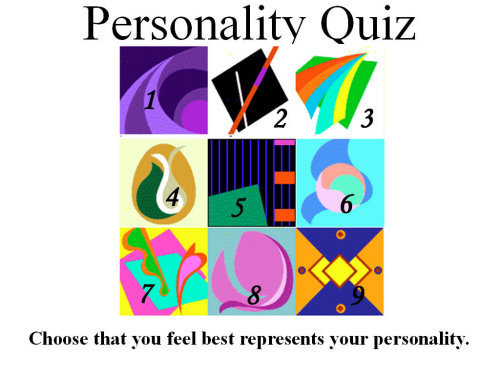 I usually enjoy silly, online personality tests -provided of course they have just the right amount of silliness and counter-factual propositions in them.  So while I like "what famous movie are you" (Platoon & Raiders of the Lost Ark), I hate utterly loathe the pseudo science of "coloured thinking hats" and the equally pedantic "what are your animal roots". To the latter, my "…bacteria...like everyone else" answer flew over my wife's head...

So while browsing my amazon wish list to get a book order off, I started previewing Rossano's Supernatural Selection.  While he was rattling off the standard evolution of religion models, an interesting thought popped into my head; Where amongst the standard (evolution based) science of religion models would large morally bound & institutionalized groups fit?  More specifically, where would the institution of education fit?

My sense is people would generally apply the lens of education as a societal coherer (Tyack & Cuban 1995) resulting in a performance based religion model fit for education.

A commitment model might fit education, but as I've wondered before, to what extent do weak free-loader punishment tendencies minimize fit?  It is possible to argue for a sub-set of the commitment model based on a world religion styled format: a universalist approach which accepts converts and focusses more on aquiescence than free-loader expulsion.  In that case, free loader detection may be more a case of distinguishing between true believers and luke warm marginalists: you know who the go-to people are and whose voice carries weight.

One way to theorize fit is to speculate about the predictions each model would generate with regard to free-loaders and heretics.  Light shadow systems like online education and homeschooling make convenient test points for heretical response evaluation: both delivery methods fit education's rational goal, but still elicit a bit of the disgust response common to things perceived in sacred contexts as "other".

Sitting at the edge of my desk I'd guess both online education and homeschooling present a greater challenge to education should it adhere closer to a performance based model than a commitment model.   Based upon my experience in both fields here's how I see complaints congealing:
Direct teasing of these differences is the realm of research not armchair blogging.  To me, likely rationalizations look to be practically indistinguishable without the help of sophisticated testing methods.

In terms of a commitment model, this may mean a little perceived free-loading is acceptable, but there's probably a point where it crosses the line.  In terms of a performance model, it may mean blended program students have had enough common ceremony for adequacy while fully online ones haven't.

As a tangent, it would be really interesting to see if there is a sudden phase change in perceptions of equivalence as online course to face-to-face course ratio varies…  This would likely mean non-rational factors are at work, as pure rationality would suggest (but certainly not guarantee) a linear relation.

Thinking this over with some friends (and based upon the ed tech research) I'd wager for a performance model for education.  Students who do a couple of classes face-to-face are generally accepted as having "done their time".  Similarly, students who take a fair proportion of a face-to-face program online generally aren't interpreted as free-loading the system.

The interesting thing is that while the armchair "data" suggests a performance model for education, the rationalizations I usually see people making against online education or homeschooling seem more inline with my interpretation of a commitment model: the easy road out will eventually cause problems for everyone.  An easy explanation for this is anyone breaking religious / group norms is seen as a troublemaker.  Norenzayan's Big Gods work on atheists is good here.

The scientific study of religion and religious like group dynamics seems to provide interesting perspectives on education's reform dynamics.  At the very least, the dynamics spinning up religious groupings seem to apply to large groups with strong cultures with moral imperatives - like education.
Posted by chris goble at 8:57 PM