Is Everything A Religion?

I just ran into an old SlateStarCodex post by Scott Alexander which argues that framing any highly-groupish social systems as religions is problematic, obfuscationalist and pointlessly broad.  Well, maybe he only really said pointlessly broad, but you don't need divine wisdom to get his gist!

Academic definition disagreements in the social sciences often follow some general patterns.  This usually boils down to the following range of options:


Scott seem to take the first track (but also seems amenable to 2).  I think religion is definitely a 3. 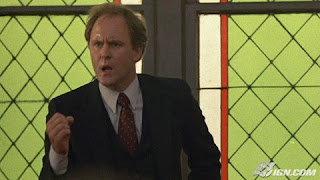 When you look at religion from a scientific perspective there are a couple of things which make this approach different from conventional religious or sociological perspectives.  For me, its religion's evolutionary history; particular for its (evolutionary) recent disentanglement from culture.

I'd wager that more than a few people assume religion has always had a communicable explicit theology.  It hasn't.  Tribal religion was often highly implicit. While it certainly facilitated out-group relations (Norezayan, 2013), tribal religions didn't tend to have the universalist assumptions nor universal intentions of today's world religions.

Ancient religions (pre-7th century BCE) tend to have theologies which are not designed for rational exposition and immigrant conversion.  Without this bit of background people often interpret religion as an overly-simplistic set of abstract beliefs re-enforced by orthopraxy & ritual.  This naivety leads to interpretations of religion as simple uber-culture (with self-sustaining memetic practices).  However, this approach doesn't capture the whole picture of religion.  Religion has functioned as a steady state solution to a complex Darwinian multi-level selection game (Norezayan 2013, Wilson 2003).  Religion is an optimal solution to group-level competition.

Scott gets the basics* of the religion-culture interface but, like most, misses the Darwinian, multi-level selection component.

The difference between “religion” and “culture” has always been pretty vague. Shinto is the best example; it’s less a coherent metaphysical narrative than a bunch of things Japanese people do and a repository for Japanese traditions and rituals. A quick look at Hinduism reveals that they have no idea what gods they believe in, it’s a bunch of different religions stuck together under one umbrella, but the point is that it’s the sort of thing Indian people do and a repository of Indian traditions. Even though Jews have a pretty coherent religion, the line between “Jewish culture” and “Jewish religion” is equally fuzzy. Religion as distinct from culture seems like a pretty Western phenomenon, the result of a triumphant Christianity colonizing cultures it never originated from, ending out with the modern conception of culture as ethnic food + silly costumes.


Scott's argument is that overly broad conceptions of religions confound culture/community with religion.  Religious-like aspects then get applied to things they shouldn't.  Thus the false application of religious categorization falls somewhere between purposeful obfuscation and academic malpractice.

But I still think it’s unfair to call these communities/cultures “religions”. “Religion” is too easy to use as the Worst Argument In The World here. It’s supposed to imply all of these other connotations of “religion” like “their beliefs are based on magical thinking” and “they use blind faith instead of reason” and “instead of coming up with a world-view based on evidence they just played Bible Mad Libs.” If those are the connotations you’ve got with “religion”, then I think the word “religion” is actively doing harm here, and you should just use “belief-based community” or “movement” or whatever.

When things are defined by their properties, you can never be sure that a list of properties will produce a 1-to-1 map back onto the thing you want.  For instance a cow may have four legs and go moo, but not everything with four legs that moo's is a cow.  Additionally factor combinations tend to fairly subjective: while they are better than pure opinions, final determinations tend to get made by appeals to expert authorities.  This is problematic.  To get around this you can:

Some science of religion folk, like me, tend to sociophysical approaches. Rather than leaving factor calculus vague and probabilistic (and hence error prone), sociophysical approaches look for phase change signals.  Surprisingly enough, simple tools, like the web-based identity fusion tool (see here for some theoretical background), do a decent job picking up phase changes (although current analysis levels seem to be of the overly simplistic linear correlational type).

So this puts us looking for social/psychological phase changes within a religious/communal/cultural sphere.  In terms of Scott's arguments, religion is characterized by supernaturalism.

For example, while 2000's era evangelical new-atheism is certainly a-supernatural, it had a heck of a lot of the social factors people normally associate with religion (including high identity fusion).  Of course many disagree, considering it at best, a community.  This takes us back to Scott's false-positive false-negative quandary from which narrow supernaturalism was supposed to save us! 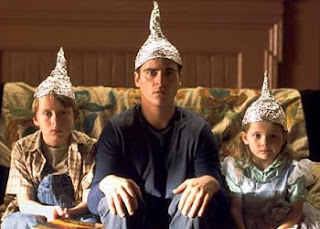 Unfortunately the supernatural fence is further confounded by the role Moral Big Brother's.  In very groupish secular communities, moral big brothers can play the role of unembodied supernatural agents. For example radical human-right's epistemology has huge levels of moral fusion that clearly exceed what a rational actor's best-world optimization solution would warrant. Many radical human-righter's allude to ideas like Karma or new-age spirituality to defend the arbitrariness of their ethics. Utopian ideas and states are, for all practical purposes, akin to the unembodied supernaturalism of soft Deists. Differences largely reside at the individual level: at the nexus of language, personal meaning and personal influence.

Thus I could be a Deist who's


Or, I could be a human-right's based secularist who


Notes
*While I suspect the distinction between religion and culture probably started with (or was seeded by) Cyrus the Great's  forays into religious and cultural pluralism, Christianity's expanse into multiple cultures was certainly an important decanter.  The Protestant reformation was another major decant.  In America, the 1730's and 1820's religious awakenings and their pluralistic successes further separated the religion-culture interface. In fact, it's probably best to say that the religion-culture interface follows a punctuated evolutionary separation pattern.  Further, I'd suggest that our current progressive culture wars tend to reveal our presence smack dab in the middle/end of another major punctuation.  Current dynamics seem to follow the pattern of prior religious pluralism awakenings.  In our case, the pluralistic part involves the broad acceptance of atheism.
Posted by chris goble at 2:38 PM