It is taking a while for parity to come to pop culture.  I wonder if this is the war the Pagans missed when Catholics came for them in the dark ages?

Right now I'm still thinking about the role media (and pop culture gatekeepers) play societally.  In particular I'm thinking about the Chiefdom polity size split between war chiefs and religious/moral chiefs. Why do societies need moral gatekeepers?  I suspect big societies do.  We had religion for a while.  But governmental pacing and leading of religion means we've left the sweet spot where society was equally balanced between secular moral chiefs and religious moral chiefs.  And, we're clearly seeing Media (and academia) trying to take the role of the new moral chief.
Posted by chris goble at 9:41 PM No comments:

I suspect the only way to get peace for the next half century is for the majority of countries to split into collectivist and individualist nations.

For example this cartoonist was fired for this and other Covid cartoons. 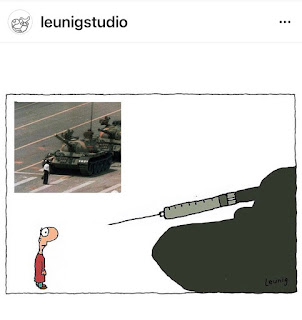 Posted by chris goble at 9:20 PM No comments: 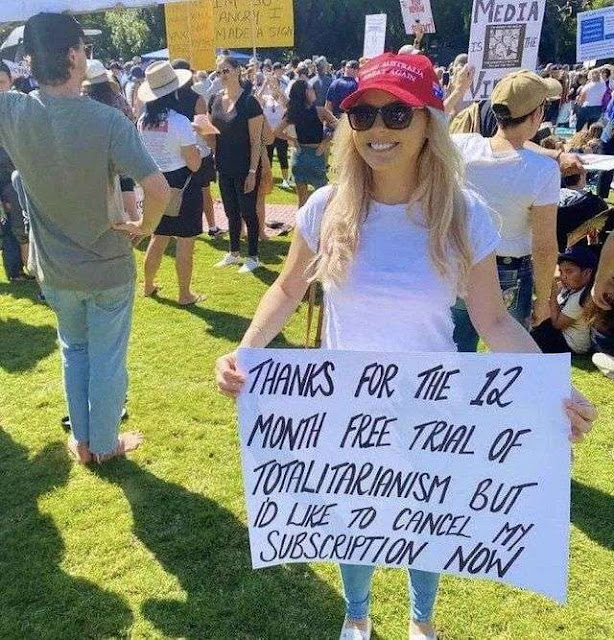 Posted by chris goble at 7:47 PM No comments:

I wonder how productive this functional definition of sin is:

"Sin is that which destroys or erodes correct meta-narratives". 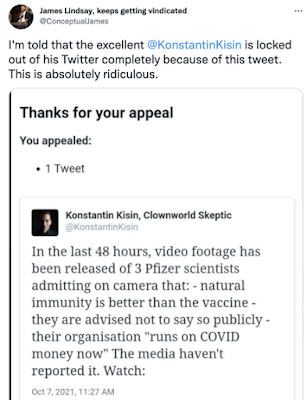 That would separate out things which simply erode group boundaries from that which destroys authenticity and authority.
Posted by chris goble at 4:47 PM No comments:

I just have to say that my decades old prediction of US civil war is now pretty accurate.  About 3 or 4 years ago I updated it a bit to suggest that any conflict should follow the standard weak empire evolutionary track. That's where a nation with too large of a de facto boundary fractures. The fracture typically produces two distinct states. Although during the fracture period more than that number of states may spring up, but over time, they coalesce or evaporate away.

Here's Tim Pool now discussing these issues based on a recent survey (of unknown quality) saying that around 40% of both Republicans and Democracts think it would be a good idea for the US to split into Red and Blue countries.

I think the spectre of a Trump 2nd (3rd) term would freak a lot of people out. This is especially true if he finally has a political machine and can pull the type of authoritarian BS that Biden's controllers can.  Do you think the left wouldn't want to split if Trump purges the military, disbands the FBI and "builds it back better"? And then purges some of the judiciary due to various hyped up issues and "suddenly opened skeletons in the closet"?

Personally, I think figuring out the city state influence problem is the major issue.  How do you keep city states from controlling urban states? You can remove the cities to some non-contiguous blue zone. Then the real cost of resources and labour could shoot up, providing equitable control between commoner classes and elite/coordinator classes.  Coordinator centers would then have to go to small rural cities. Over time the same problems would emerge, but at least for a while issues would "flatten out". Horizontal or flat networks are good for a time, but not for a long time, and not during times of nasty military threats.
RESONANCE
One thing that will likely energize this split is the fact that many progressives want "America" to cease so that it can be recreated.  This is probably an artefact of Hegellian dialetics.  The radical left has made most of its culture war progress since the 90's by redefining terms. Thus, why not "redefine" your nation's name?
Once you do this, you have a clean Taliban-level break from cultural history. You can exclude anyone you want as an "other" and sacralize the allies/identities you want.
The only problem, is sometime the other side agrees to this. This produces a pyrrhic victory. Your side gets what it theoretically wants, but it looses what it oft-time really wants - power over their foes.
Here's a twitter post with a racial progressive calmly espousing the end of America.  I can't see many right wingers disagreeing with her. "Let's divide the country and you can do whatever racial things you want - we'll focus on equality of opportunity and equality under the law."
Posted by chris goble at 7:57 PM No comments: 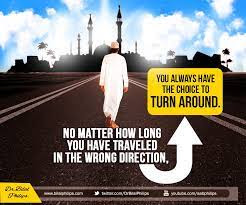 Evangelical Wokeism presents endless opportunities for analysis from a science of religion lens. One interesting dynamic is the observable tendency for radical progressives to tolerate Taliban like extremists while loathing center right conservatives.  Why?

Mormonism is a pretty pluralistic religion. This doesn't mean Mormon parents are happy to let their kids be best friends with a boozer or sexter.  Like many high-cost religions, Mormons can be pretty tribalistic when it comes close associations. But, they are also famous for never getting offended when people reject their beliefs.  While this may come from its high percentage of return missionaries who are very well versed in rejection, this trait has theological resonances.

When someone rejects Mormonism, Mormons tend to think "well they'll just accept it later once they have the full picture".  They often reason that the person is just clouded due to circumstances arising from a fallen world.  Mormon temple work backs this meme up. Everyone is afforded an opportunity for necessary acceptance rituals.

So is the reason many progressives, especially evangelical wokeists, are happy with Taliban-based diversity in their neighbourhood, but aghast at truck driving conservatives due to a Mormon like assumed universality?

If only that Taliban had a good chance to hear the wonders of diversity, they'd accept it.  Just let them live here for a few years, and maybe their oppressed upbringing can be partially cleansed?  In other words, the group I'm talking about believes BIPOC rejection of woke tenets is due to environmental issues, not due to open-eyed choice.

On the other hand, evil conservatives have seen enough to make informed decisions, and they have purposefully rejected progress.  In Mormonism, this type of sin is reserved to a very very few who have a sure knowledge of Gospel truth and then purposefully reject it as per the devil.

Purposeful religious rejection vs environmentally biased rejection may explain the confounding observation that many Wokeists abhor conservatives mild sins while tolerating horrendous 3rd world BIPOC sins.  The former is purposeful and done knowingly.  The latter is done unwittingly and is environmentally caused (ultimately by the devil of white supremacy and patriarchy).

Of course one could also just say that conservatives are heretics while 3rd world BIPOC intolerants are just pagans. This sort of gets at what is happening. But, I don't think the explanation is deep enough.

Posted by chris goble at 4:45 PM No comments:

Email ThisBlogThis!Share to TwitterShare to FacebookShare to Pinterest
Labels: wokeism as religion

“Of all tyrannies, a tyranny sincerely exercised for the good of its victim may be the most oppressive. It may be better to live under robber barons than under omnipotent moral busybodies. The robber baron’s cruelty may sometimes sleep, his cupidity may at some point be satiated, but those who torment us for our own good will torment us without end for they do so with the approval of their own conscience.” - C.S. Lewis

Posted by chris goble at 7:20 PM No comments:

Alberta's likely fate as the teachers association leaders decide it must combat Jason Kenney's culture war strategy by moving far left in this culture war in order o keep balance and raise 'moral kids'.  The Orange bubble reasoning is that anything else is "hate".

Good people get led astray into landscape traps that suit their moral-political and quasi-religious biases. That's why Jonathan Haidt's old paper on the fallacy of rational based decision making was so seminal. 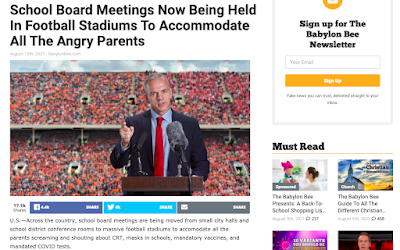 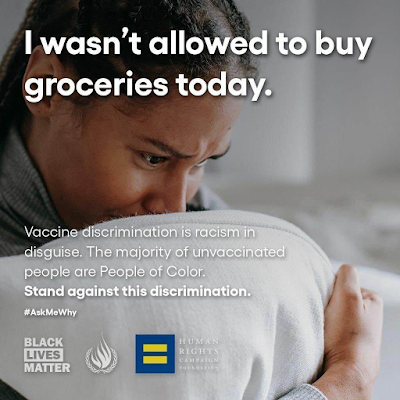 Posted by chris goble at 8:12 PM No comments: