In trying to understand progressivism's simulataneous embracement of tribalism and cosmopolitanism, I think I've finally come to a frame that makes sense for me.

From a levels of selection perspective, we're currently operating at a nation state level polity. The US is obviously overly-stretched by this. Is this due to its 300M+ size, geographical separation, or untenable diversity with low social coherence capital levels?

A levels of selection frame suggests looking for US and other stable nation states to start experimenting with larger unions. The EU experiment is one case. NAFTA can be seen as a nascent step down this path.

The level down from the current US nation state level is pre-civil war state polities united by weak federal bonds.

SOLUTION
Of course it never makes sense to view progressivism as a simple case of anti-federalism. That is just ludicrous. 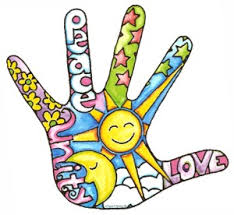 But imagine if instead of simply going up or down a level of selection, you bifurcate between both.... (if you've been following my draft work on Quasi-factual Metaphorical Truths, you'll obviously see where this muse came from)

I now believe many versions of progressivism are after chiefdom dynamic polities operating under a pan national opened bordered cosmopolitanism. Here is how I imagine this odd solution to look.

You would have first nation reservations operating as fairly autonomous units. They can certainly partner up in multi-tribal groups (say all Assiniboine), but such interactions would be largely due to convenience rather than via formal governance agreements.  Similarly you would have a rise of city states. For instance greater Vancouver might be one polity. Hope and maybe Abbotsford would be different polities. After all, the politics of large urban centres are VERY different from more rural areas.  There might even be non-geographically constrained units self-selected by ideology.

The key feature of these units is their responsive governance. The people remain a very real unit of control (sort of how Iceland is so responsive). Politicians have direct contact with their constituents and people are able to exert extremely strong social control over them. Ideological homogeneity would be pretty strong (or at least it is imagined that it would be)

These polities are subsumed by a legislatively weak pan federal entity. This would likely handle all the "human rights" concerns. Of course "human rights" would be broadly construed - right to travel (road maintenance, etc), right to work (whatever that might entail, etc.), etc.

ANALYSIS
Like most people I probably would have scoffed at this idea some time ago. I certainly think there are huge issues with operationalization. However, when understanding social systems, especially those highly influenced by Utopian thinking, it is never wise to reject things because of logistical concerns.

The critiques of this system of governance are clear and obvious. My point isn't to evaluate this idea. Rather, it is to suggest that this multi-level frame might make it easier to understand how various progressive ideologies may view these issues.

For instance, the reading I've been doing lately on Indigenous epistemologies really makes me think this perspective is an accurate reading. If you were to try and decolonize indigenous perspectives on tribal society based upon taken-for-granted levels of intra-group sociality, what would you get? 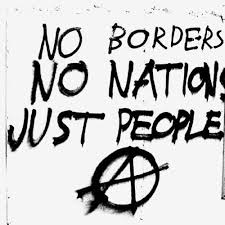 Chances are you would get an assumption that groups of people can work together provided their leaders are responsive to their needs and concerns. You would also have an assumption that neighbouring groups wouldn't fight. Why would they? Cooperation is productive and each group is getting what they need (local responsiveness). After all, the government isn't sending soldiers around to keep Abbotsford from invading Vancouver.

You would also get an assumption that power in the hands of a government actor is just a continuation of colonialism. The only way to get rid of this structure is to get rid of nationalism itself.  Pan nationalism then would focus on what people need, not what is needed to govern them.

Last post I tried to sketch out a a brief case for the stabilization of quasi-factual metaphorical truths (QFMT’s) as group based moral slogans.  The main idea was that the utility of low risk signaling when combined with the known  memetic fitness of slightly counter-intuitive ideas would, when driven by repeated orientational shifts between adjacent levels of selection, produce quasi-factual moral slogans/memes that had a core metaphorical truth complimented by a double entendre lynchpin surface.  The archetypical core should reflect tension between the two adjacent levels of selection and convey some practical universal truths. 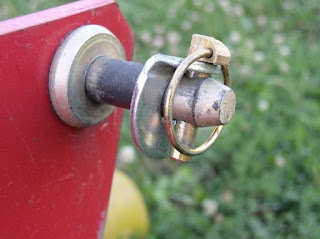 This didn’t work.  The lynchpin idea failed pragmatic review. Neither was there clear emergence of a strong archetypical core.

However, what did seem to come out of this first round of tests was the possibility for the evolution of lynchpins themselves.  This is what I’ll expand on.

As numerous gene-culture co-evolution papers and simulations suggest, large groups require fairly loose norm enforcement. Without this looseness they just can’t grow very big. But too much looseness leads to catastrophic decline.  There is a balance between rigidity and looseness. The stabilization of larger groups requires some significant gene-culture selection working on individuals.

The tension between value of loose universalism and tight boundaries produces a cyclic evolutionary cycle. 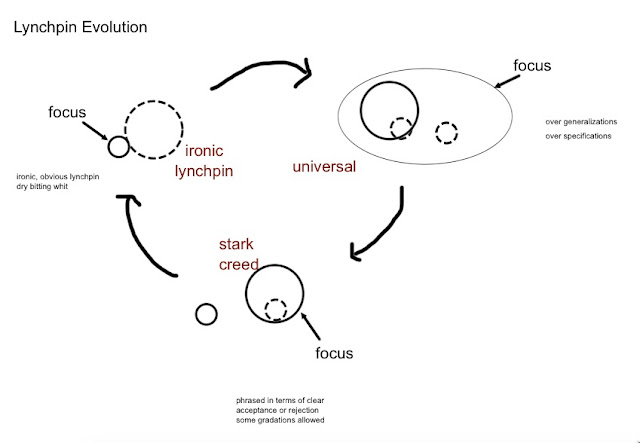 Let’s start at the presence of distinct splinter groups. When there are multiple groups competing against each other, one stable solution is pluralism. The groups come to terms with interactional norms. For instance, following the US robber baron era citizens were very divided on systemic progression barriers and the role of individual skill and industry. The formulization of the American Dream is a moral laden presentation of this tension which focusses on universalizing morals which incentivize effort by clearly stating that it should be rewarded when complimented by ability.  This can be seen as a pluralistic value statement.  It is highly generalized and clearly universalistic.  Disagreeing with this statement can be seen to put you far outside the purview of what can be feasibly accommodated (at least for the era of good will –late 1930’s to early 1990’s).

But universalism complimented by loose norm enforcement is, over time, problematic. Religion/governance co-evolution suggests recurring periods of formalization. This may involve shifts to systemic theology or transparent, perhaps even technocratic, rule of law. Over time, large successful groups formalize with increasingly clear moral statements. These statements are often stark. They enable clear delineations of who is with you and who is not. Creedal statements fit here.

But too much rigidity sews its own seeds of destruction. In complexity theory this happens with the emergence of splinter groups. The sociology of group evolution generally supports this assumption. As does basic organizational theory.  But the self-organization of splinter groups requires signaling mechanisms. The re-interpretation of creedal like moral statements into potential ironic forms enables this signaling.  You can, with a straight face and no “tells”, fully support a given iteration of the creed. This creates problems for technocratic norm enforcement. Are they actually agreeing with you or disagreeing? Individual interaction can usually discern this easily, but the technocratic apparatus of large groups can’t.  The memes afford adherents a technical legalistic escape if needed.

This supports the evolution of splinter groups. They grow in size. Their lynchpins move from caustic irony to unabashed alternatives.

Tests
I’ll use my original meme list to select a couple of QFMT’s that have a well known evolution tree.  The ones that stand out to me as being significant and having a potentially traceable history are;

Posted by chris goble at 9:05 AM No comments: