This week there's been a lot of talk again about gun control.  I really don't think there is enough social trust present to make any movement on this front a starter. Anything and everything just entrenches.

Brett Weinstein had a pretty good twitter storm on it

While Brett's utilitarianism (including black swan events) is one way to look at the issue, another is via cultural evolution theory - specifically the multi-level selection approach.


While people aren't "evolving" into a spatially separated symbiotes, we continue to be subject to ephemeral evolution between larger and smaller group levels.  Basically, human groups are torn between near equal fitness advantage between group oriented altruism and self-sacrifice, and individualistically oriented self-interest and freeloading. 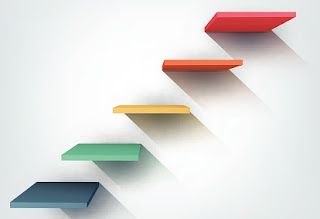 Analyzing the gun debate as a levels of selection question is productive.

DEPENDENCY
The rule of law makes people dependent upon the state. Disarming everyone empowers criminals and creates extreme dependency toward the state.  This factor favours an (ephemeral) evolutionary transition to a cosmopolitanesque state.

COORDINATION
I'm not sure how gun laws enable greater coordination.  I don't think they do.  Solving the problem of intra-state violence is not coordination. Usually coorindation enables an organism to outcompete other non-coordinated organisms.  Will a theoretically lower level of gun violence enable better competition between nation states?  Doubtful.

CONFLICT MINIMIZATION
New gun laws may minimize conflict.  The data is still uncertain here.  In my mind, the arguments boil down to "herd immunity" vs. "just one life saved".

The herd immunity argument suggests a certain percentage of gun carries and users increases crime threshold costs.  If you never know whether your victim is armed, there is always a risk that crime costs will be very high.  I think the second amendment defence against tyranny argument boils down to the same thing.

The "just one life saved" argument is standard in the mainstream media.  There is no real purpose for guns for most people.  Hunting requires simple single shot rigs.  Therefore any personal enjoyment firearms bring are more than offset by their costs.

Because I think the data is still out on whether gun laws actually increase or decrease conflict levels, I don't think this one can be adjudicated.  Guns may increase the severity of violent acts, but they don't eliminate violence (car ramming & bombs vs. shootings)*.

SUMMARY
From a levels of selection point of view, gun laws increase dependency, do nothing for coordination - at least in any sense that matters evolutionarily, and have an uncertain effect on conflict minimization.  For these reasons, I suspect the US gun issue will not be solved. It doesn't meet the basic components necessary for an evolutionary transition.  Because of this, it is very unlikely that people will "feel it resonating".  You will certainly continue to have an elite class that feels very strongly about it.  Perhaps that is a pre-cursor necessary to seed the transition landscape.  Richerson has an interesting paper out at the moment tangentially related to this issue.

At some point the gun issue may get tied to a real coordination and conflict minimization solution.  Unfortunately, I don't think this is where things are right now.  Because of this, I think the gun debate is a non starter and will only serve to further polarize and embitter US political discourse.  The morality on either side is so spandrel led on this issues, no ground will be given.

But this is also why I really fear authoritarianism on the gun issue is likely to be the spark of the second US civil war.  My main hope is that there will be another convention of the states that will put this issue to rest. Without a clear rule of law on this front, bickering and authoritarianism will just spiral out of control...

*I think suicide is a completely different class of discussion from violent acts against other people.