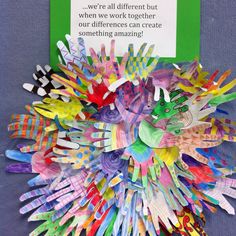 In Beyond Toleration: The Rise of American Pluralism, Beneke sheds light on the socio-environmental conditions preceding the American religious pluralism phase change. One point,very relevant, today was the major increase in the severity and frequency of counter-cult* rhetoric (both its severity, frequency, acceptability & ubiquitousness).  Preachers waged war against the pernicious influence false doctrine might have if allowed to stand within their community.  Any belief outside their narrow denominational corridor was damnable.

In the terms of group dynamics, leaders simply exaggerated between-group differences. This increased defection costs.  It also produced some sacred value feedback, elevating certain beliefs, such as in-group purity, above others. Intentional hypersensitivity ensued (as manifest by heresy priming).  Hard-bordered group would compete with hard-bordered group.

In the American case, denominational fluidity & heterogenous communities challenged the success of a hard-border strategy.  (Perhaps to compensate) Leaders ramped up their rhetoric to vitriolic levels. Attacks reached such hyperbole people started experiencing some significant cognitive dissonance: could their old neighbour actually be as bad as their preacher suggested?  Interaction showed the answer to be no.  Furthermore, ideological diversity wasn't as problematic as elites suggested.  Hyperbole was, well, hyperbolic.  Leaders over-played their hands. Religious pluralism emerged, enshrined by the rule-of-law's separation of church and state.

Donald Trump has brought this same issue to a head.  The illiberal SJW/free-speech denier/hypocritical-safe-spacer (or whatever this intersectionality is best called) are, with the addition of progressive oriented media & the RNC replicating the dynamics that gave rise to American Religious pluralism.

Groups are going over the top with hyperbole about how Donald Trump is the next Hitler. Justifications mirror those used by preachers of old. Anyone who sides with any aspect of the enemy is supporting fascism, racism, or any of today's sacred sins.  Indeed many of society's guardians suggest "we're letting the devil in".  Even the language employed in this in-group norming is the same! But the group-hardening isn't working. Consensus isn't possible.  Ideology is "multi-denominational".  Even progressivism's universal sins (racism, homophobia, etc.) aren't universal if people are allowed to question their religious-like application with other canards like freedom of speech, freedom of assembly, political voice, etc.

Unfortunately many people utterly fail to see the parallel with religious pluralism. While I could speculate on the reasons for this, the dynamics seem to be unfolding in a way that is eerily similar to the 18th & 19th century great awakenings.  Once social dogmas are questioned, naive universalism is not possible.  Right now we're at the point where social progressivism / identity politics is quickly losing its naive universalism.

One flash point for this realization was the #AnythingButTrump movement.  The Chicago version of this movement challenged the very right of people to enter into political dialogue (or hold & speak in a rally). This wasn't akin to your preacher telling you not to talk to you Baptist friend.  It was akin to you preacher telling people to prevent the Baptists from even assembling (which of course happened lots just prior to the flip to 18th century pluralism).  Unfortunately what's good for the goose is good for the gander.  In the 1730's everyone was in danger of losing their assembly options.  Today, people have a very real, albeit exaggerated, sense that the norms of free assembly and speech within those assemblies are under threat.

In the States, people (on both sides of the political middle) are genuinely worried about potential losses in freedom. Because of this, illiberalism is doomed. The goons ramping up violence to shut speech down have over-played the righteousness of their cause.  People can be good people and still have different ideas. Most people are, after all, able to interact with their ideological opposite with little to no problem (despite what your elite demagogue may say).  Because of this, pluralism will emerge: ideological pluralism.

The title of the post is a obsequious jab at how Hitler functions as a de facto Devil today.  Hence the Trump = Hitler meme is just too hard not to make fun of.  The fact many an otherwise rational academic buys into this just goes to show you the depth to which religious like thinking is hard-wired into us.

*Here I'm using cult in its technical sense: a religious splinter group.
Posted by chris goble at 8:16 AM