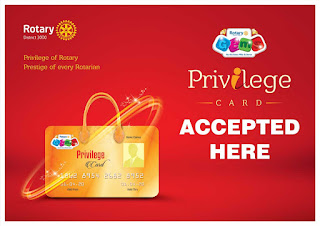 From what I understand, privilege is defined in Social Justice / Intersectionality as "advantage(s) conferred on someone due to their phenotype (race, sex, gender expression, etc.)".  Accommodation is also made for physical disabilities, say like accident caused amputations.  Privilege is also situational.  A phenotype which is privileged in one context (say North America) may not be privileged in another context (say China).

So, let's imagine a white male who is privileged because of race, sex, gender, and able-bodiness.  This is the epitome of privilege. Now let's take a look at an extreme set of experiences for such an individual. To keep things grounded I'll use an example of someone I grew up with.

This white individual of privilege had a lot of negative life experiences.


So, because of his skin colour, sex and gender he is more "privileged" than an upper class women of colour with no history of abuse. 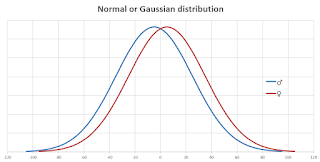 One major issue with this line of thinking is how it confounds group based probabilities with what might be true at the individual level.  Statistical benefits may occur due to group stereotypes. But as any population biologist or anthropologist knows, this does not mean any individual necessarily receives those benefits.  For instance, just because men are on average taller than women does not mean any man is taller than any women. That is patently false. Statistical based privilege is similarly false when applied to any single individual.

Application of statistical based privilege is false when applied to any individual. The degree of error  (or accuracy) is described by statistical probabilities.

Parsing Problems
In the case of my friend the white male privilege of having your "opinion respected" did not occur for his most essential item - others belief in his abuse. Statistically speaking a case can be made that his opinion was, however respected (privileged) in other areas.

In the case of privilege however, it is not the individual (the target of privilege) who determines benefit, it is the accuser (the external interpreter of privilege). This is an ironic switch for Social Justice.

Holy mother of god. I've done it. I have actually managed to find the worst tweet I've ever seen. I am actually shocked by what she said here. pic.twitter.com/dPe9EuZwwW
— neontaster 🚟 (@neontaster) March 6, 2018


Thus, there is no escape from privilege. Just like original sin, one can always be found guilty of something.  This then justifies application of the term. Application of the term then enables sociopathic people to leverage the connotations of net aggregation. In you have one instant of "opinion respect" privilege, then, regardless of actual percentage of occurrence or severity of non-occurrence, the label remains technically valid. You are "privileged".

Singular Positives vs. Net Positives
Net positive conflation is probably one of the reasons many people get so mad at the term. It connotes "net", but is technically limited only to positive "singular" benefits.  Thus if being purple has 99 negatives associated with it and 1 positive, it is still "privilege".  This is sort of like how a number of world religions assume it is not the net sum of your good and bad actions that determine eternal rewards, but the mere presence of one wrong thing.

From this perspective, my friend had lots of privileges. His many life negatives do not negate any of his privileges. This directly counters the way people typically use and understand language.

Further, only the wokest individuals can talk about black privilege or trans privilege, etc.  This is because in most usages privilege is uni-directional. Privilege usually only applied to individuals who hold power intersections (i.e. white cis-gendered males). Objective application across all people is discouraged/anathema.

The dynamical problem with singular privilege is that it can be incredibly rude. For example, imagine telling a Native American, say a male southern Pikani Blackfoot, that colonialism has confirmed upon them privilege. Their entire tribe save one or two individuals were killed. Their matriarchal culture switched to a patriarchy because of "colonialism". And yet, they are privileged because their matriarchy was was forcibly colonized and they now accrue statistical benefits from their "maleness".

Such racial or sex based bigotry is unconscionable. And yet, according to privilege theory, it is technically true.

Privilege can turn some of the most catastrophic events a person experiences and call them "a positive benefit".  For instance, an individual, like my friend, may have been assaulted precisely because of their maleness, but technically the same phenotypical characteristic that led to such pain is properly called "privilege". This is very much like calling Native colonization a "privilege". This isn't to say some good eventually came out of the experience at a statistical level. It is to say your skin colour makes it a benefit for you regardless of anything you have individually experienced.

Of course this is how many people feel about "objective" facts about colonization, race, and sex. Objectivity seeks degree. Privilege, in my opinion, does not.  It seeks taboo (anything that might possibly be "wrong").

My suspicion is that the taboo approach provides marginalized feeling bigots a chance to get even with people they see as powerful. It doesn't matter if that individual has 99 things against them. That 1 target will do just fine...

Needless to say, this isn't a good strategy for anyone worried about societal cohesion.... 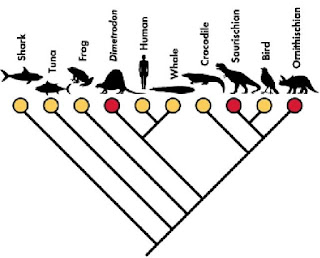 The Two Fish Problem
I think the most pernicious aspect of privilege is best analogized by Bret Weinstein's whale-fish or two-fish problem.

Is a whale a fish? A couple of centuries ago fisherman probably would have said, "yes". It's a big animal that swims in the ocean. But most people today know that a whale is actually a mammal.  It is not part of one of the four classes containing fish. But a really dry-witted erudite might say, "yes". The whale has a common ancestor with fish. So if you go back to this division point, fish and mammals converge. So a whale is phylogenetically a fish.

This is where "privilege"can and does produce significant pain, significant societal strain, and righteous-based back lash.

For instance, my friend, an Armenian with white skin was, by most functional definitions, a "minority". He (or rather his lineage) had experienced cultural and physical genocide. This included significant persecution and marginalization. I would suggest the severity of these events was similar to that experienced by many Native Americans. And yet, because of his skin colour, he is denied any recognition of his individual experiences. He is simply judged by his phenotype.

I think the Sami people face a similar burden. This northern Scandinavian indigenous group has faced   similar "colonial" issues other aboriginal groups across the world have. The main difference is that their skin is white.  Thus they are "privileged".

Doesn't this just throw salt into their wounds? They have all the negatives of other groups but are told, by virtue signallers, that they are a "swimming fish" (privileged because of skin colour) rather than a "phylogenetic fish" (marginalized because of their experiences). The technical definition of privilege is strained to accommodate double layered issues. 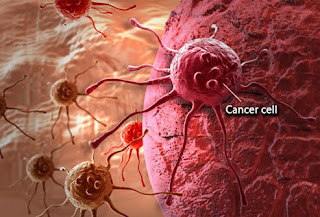 FATAL FLAW
This is the fatal flaw that singular rather than net definitions of privilege face.

Patent racism and sexism throws salt into the wounds of those, who like my friend have suffered specifically because of the phenotype group they belong to.

By ignoring the 99 things that are punitive so you can decry 1 thing that may be "beneficial", you do a world of harm. Traumatized individuals who are told that their source of trauma is a "privilege" generally don't respond well. Did my friend kill himself over this? Do some white school shooters kill because of this type of salt-in-the-wound dissonance?

Justification that "the privilege lens leads to good ends because it fights the patriarchy and rebalances things" is horrible Maoist reasoning.  It is why the dynamics of "privilege" engender such harsh reactions. It is an utterly sociopathic position that purposively buries individual experience for the sake of blanket generalizations.

It is like walking up to a homeless man who has suffered unbelievable crap and focussing on one good thing he has and then decrying him for that very thing. How contemptible. And yet this is the message that many Aspergery people are taking from this "fight they system" movement.

Why not just treat people as individuals.  Racism of any type is not good... even if it can appeal to "good intentions" and utopian "re-balancing".

Like many people, I hope this cancerous, weaponized rhetorical meme dies before its dynamics destroys what little social asabiyah and good will is left within Western countries.

Is Everyone Really Equal

Intersectionality is not the problem